In last month’s column, I gave you a gentle nudge toward trying your hand at Twitter if you haven’t done so yet. On the flip side, there are companies out there who have got very comfortable with the medium and add a nice dose of humour to our day.

One great example is Wendy’s; they’ve been ribbing McDonald’s for using frozen beef in their hamburgers for over a year now. It’s been just funny enough that the praise has outweighed the criticism. Taking quite a risk, they even moved the roasting off  the Twitter platform and into a Superbowl TV commercial which read ““The iceberg that sank the Titanic was frozen, too.’” Take a look at what they just posted last month: 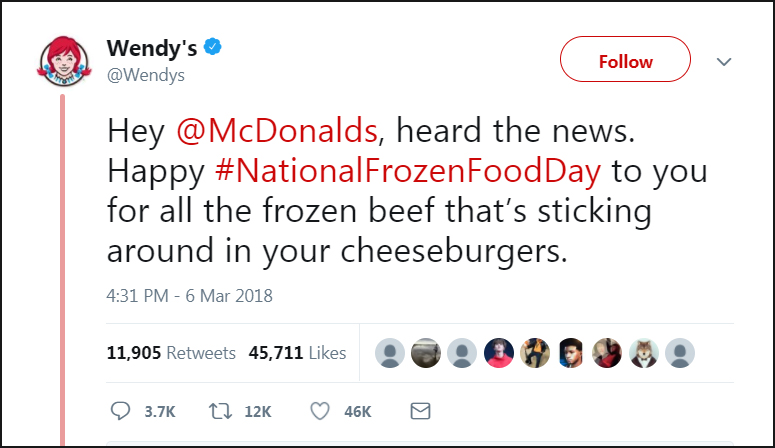 In general, people appreciate the humour, and give the meanness in their tweets a pass. 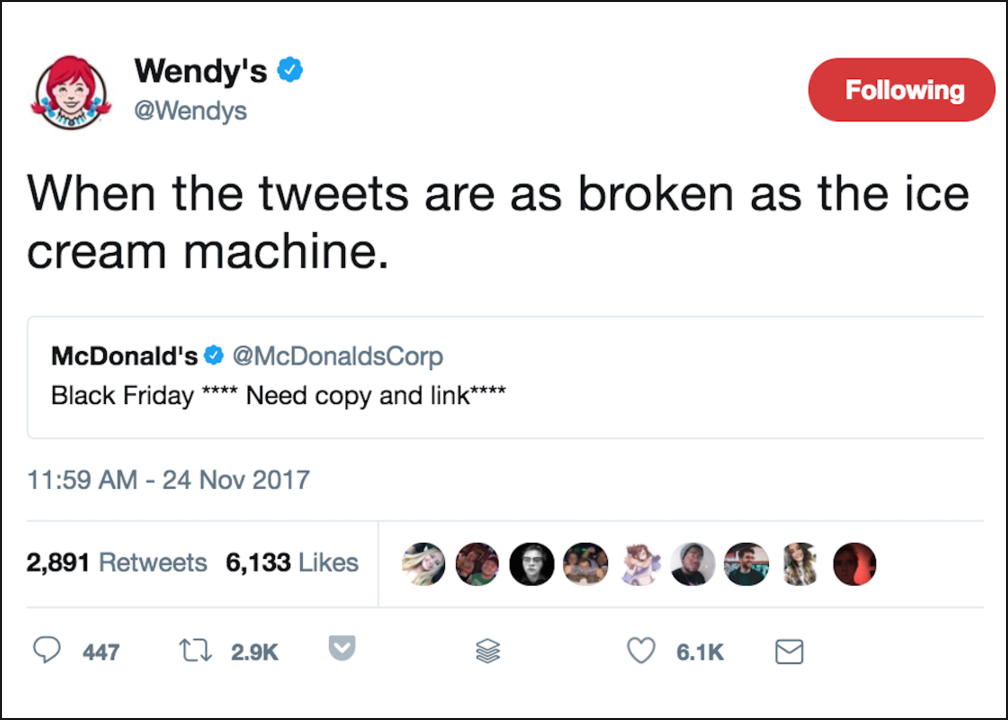 Wendy’s has such a great voice on Twitter that its fans even create content for them, which in turn increases their brand awareness to levels that no TV spot could ever do. Consider this exchange: 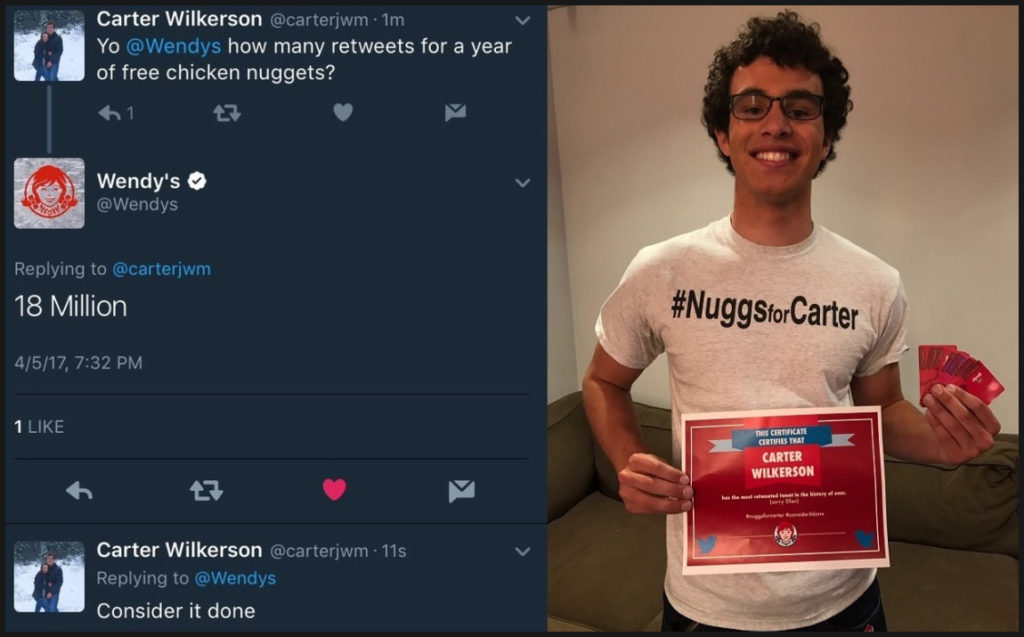 In the end, Carter Wilkerson got 4.3 millions retweets, so Wendy’s gave him the nuggets anyway, and in the meantime the tweet got the record for the most retweets, surpassing Ellen DeGeneres. It would seem like this just fell into Wendy’s lap, but in truth, the only reason Mr. Wilkerson reached out to Wendy’s in the first place was because he knew their Twitter was managed by real people who engaged and connected with its audience in a regular and genuine way. Crafting that voice and content takes time and dedication.

Imagine what you could do with your business if you (or an employee of yours) decided to dedicate time to engage with your own audience? Think of the feedback you could get; the negative comments would help you learn how to improve your customer experience and figure out where the pain points are, and the positive ones would find its way into the Twitterverse, thereby increasing brand recognition. Additionally, those ever lovely hashtags would help narrow the audience to your geographic location and/or industry.