I was asked by the Workforce Planning Board of Waterloo-Wellington-Dufferin to create marketing materials surrounding a problem felt by many similar regions: to educate youth that entry-level positions are a great stepping stone toward fulfilling career paths, even if that job doesn’t directly use skills that will be ultimately required.

Using market research insights and primary research including focus groups, we developed messaging and graphics that related this idea to youth in an understandable way. We used the concept of a video game, whereby starting from zero with no skills will still allow you jump, incrementally, toward your ultimate goal.

Three concepts were presented, and this final one was selected. We then prepared the same message using six different scenarios of varied youth starting with or without a career goal and ending up in a positive situation. The materials were then distributed to partners in the planning board’s network for direct access to the youth they serve. Both print and social media versions of the six messages were created. 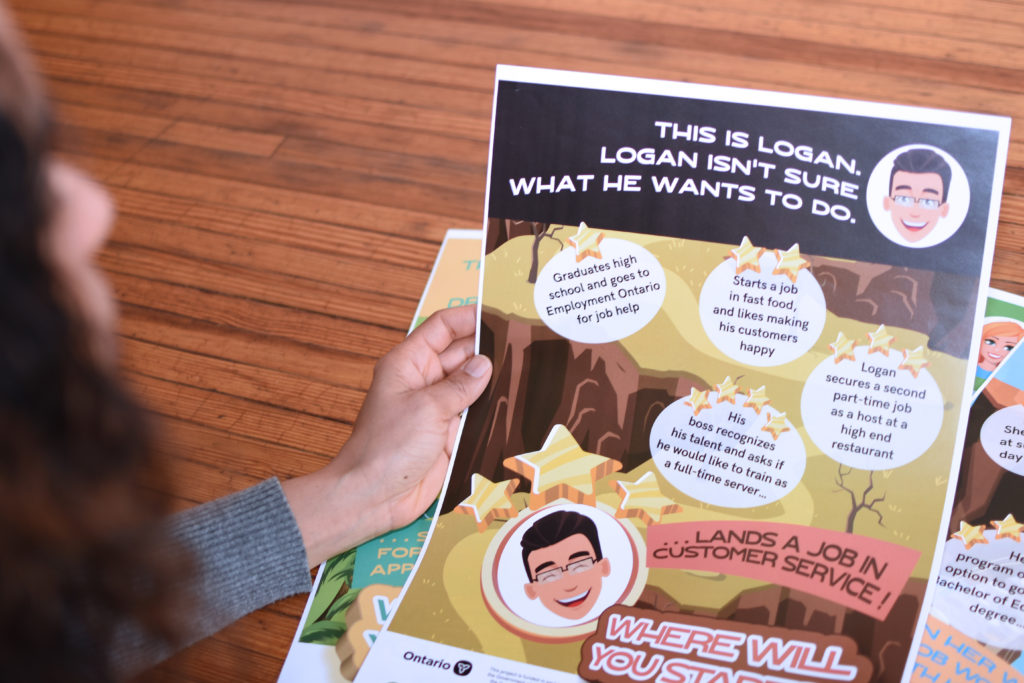 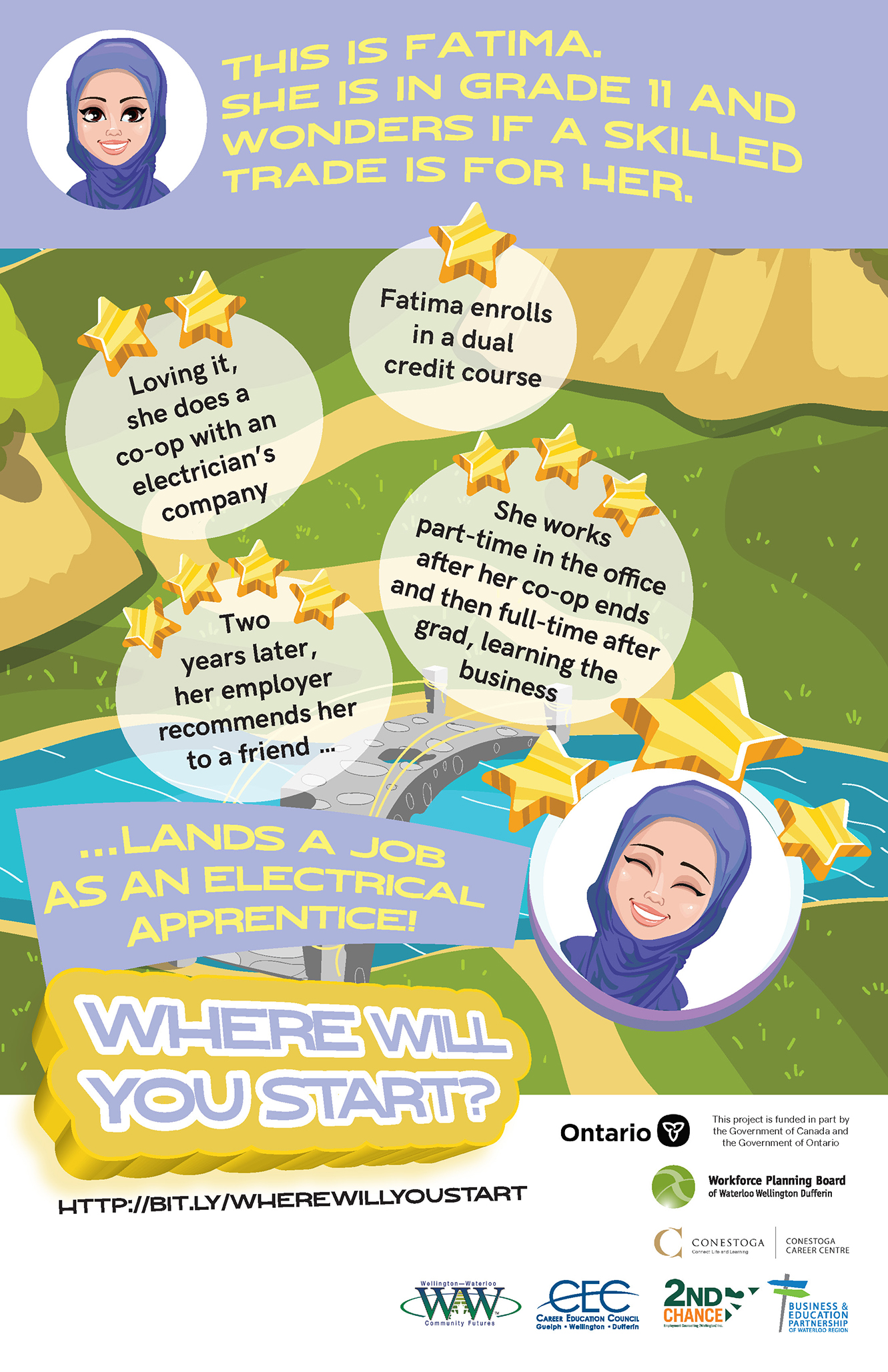 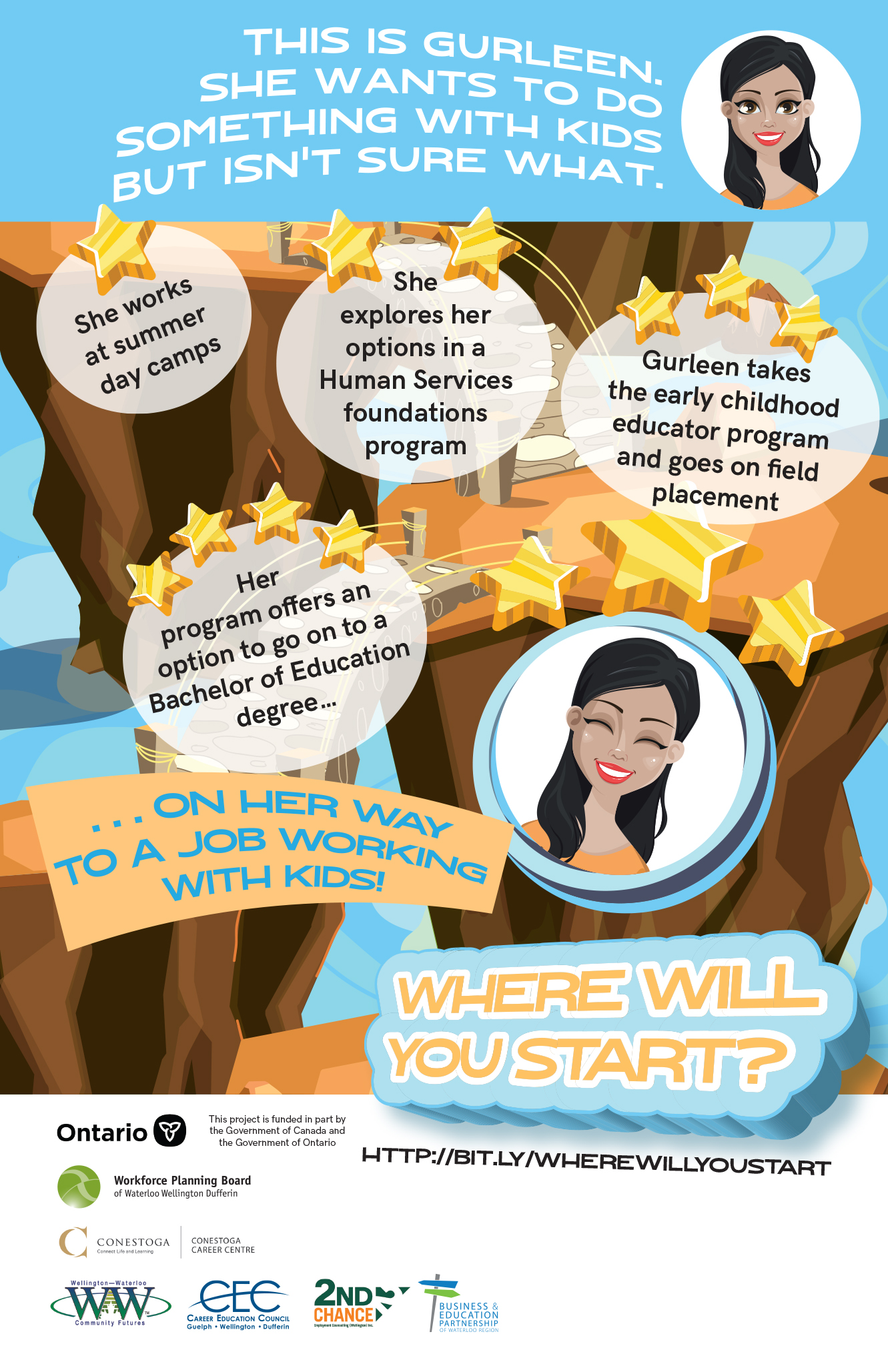 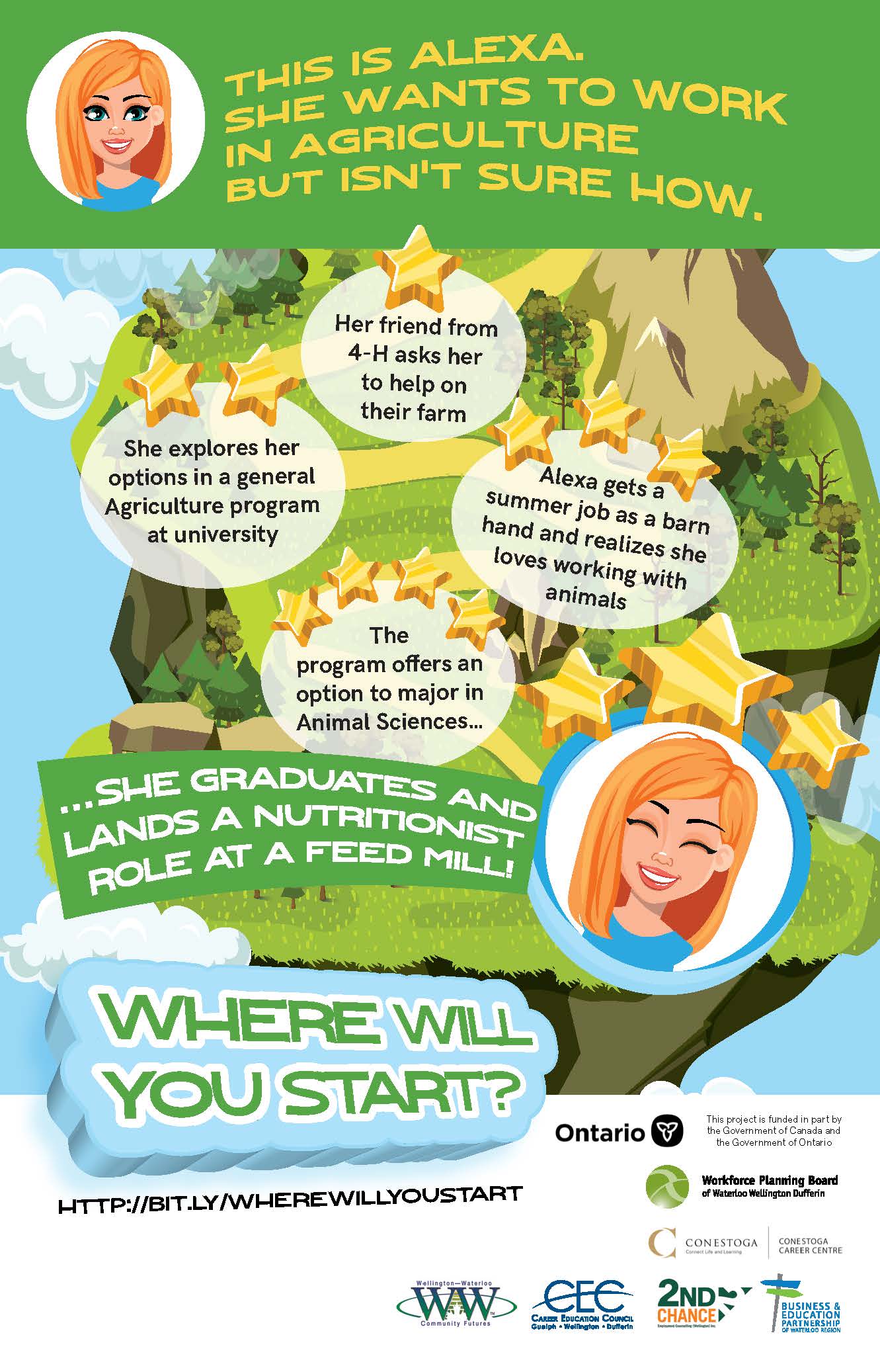 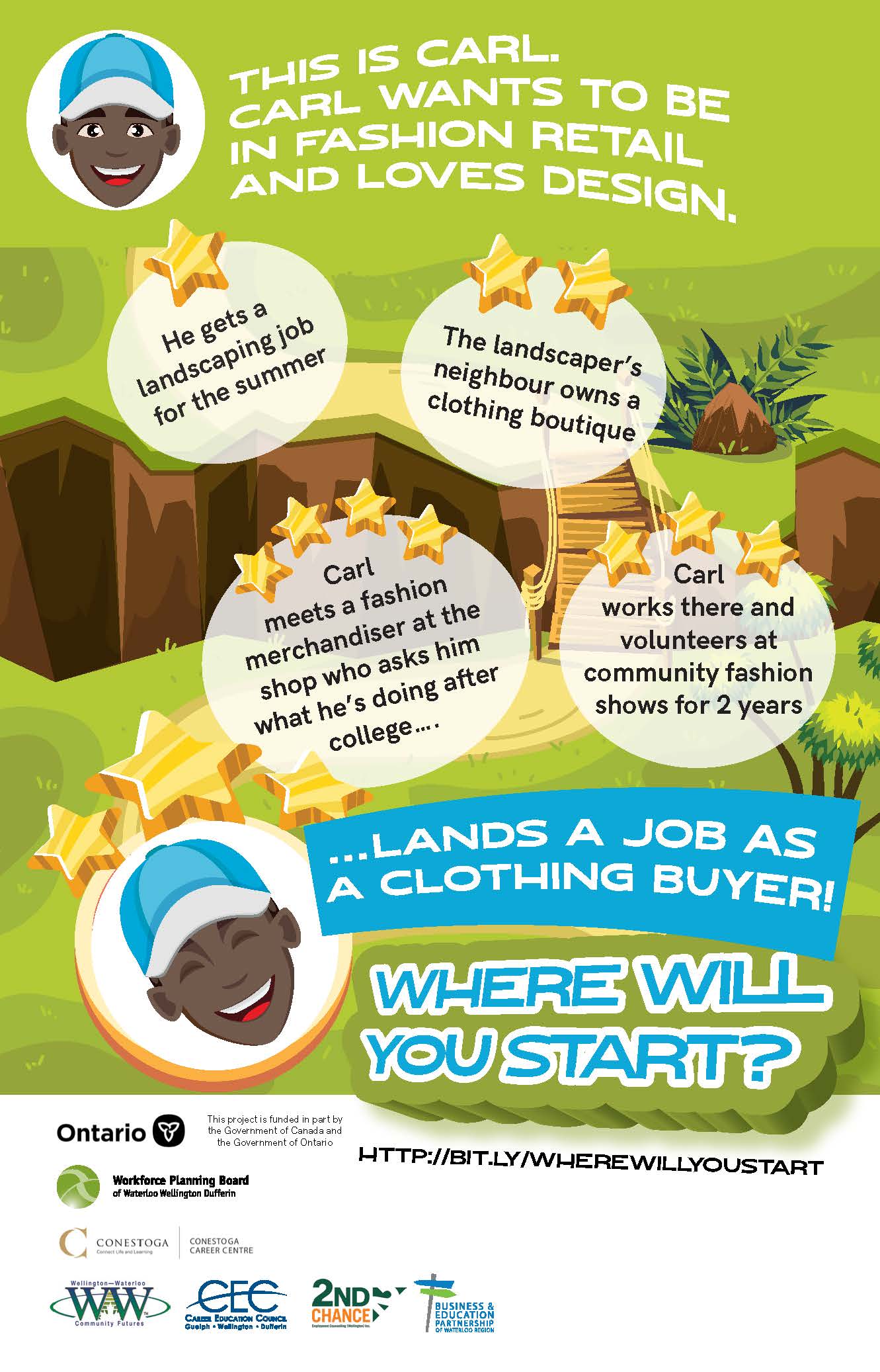 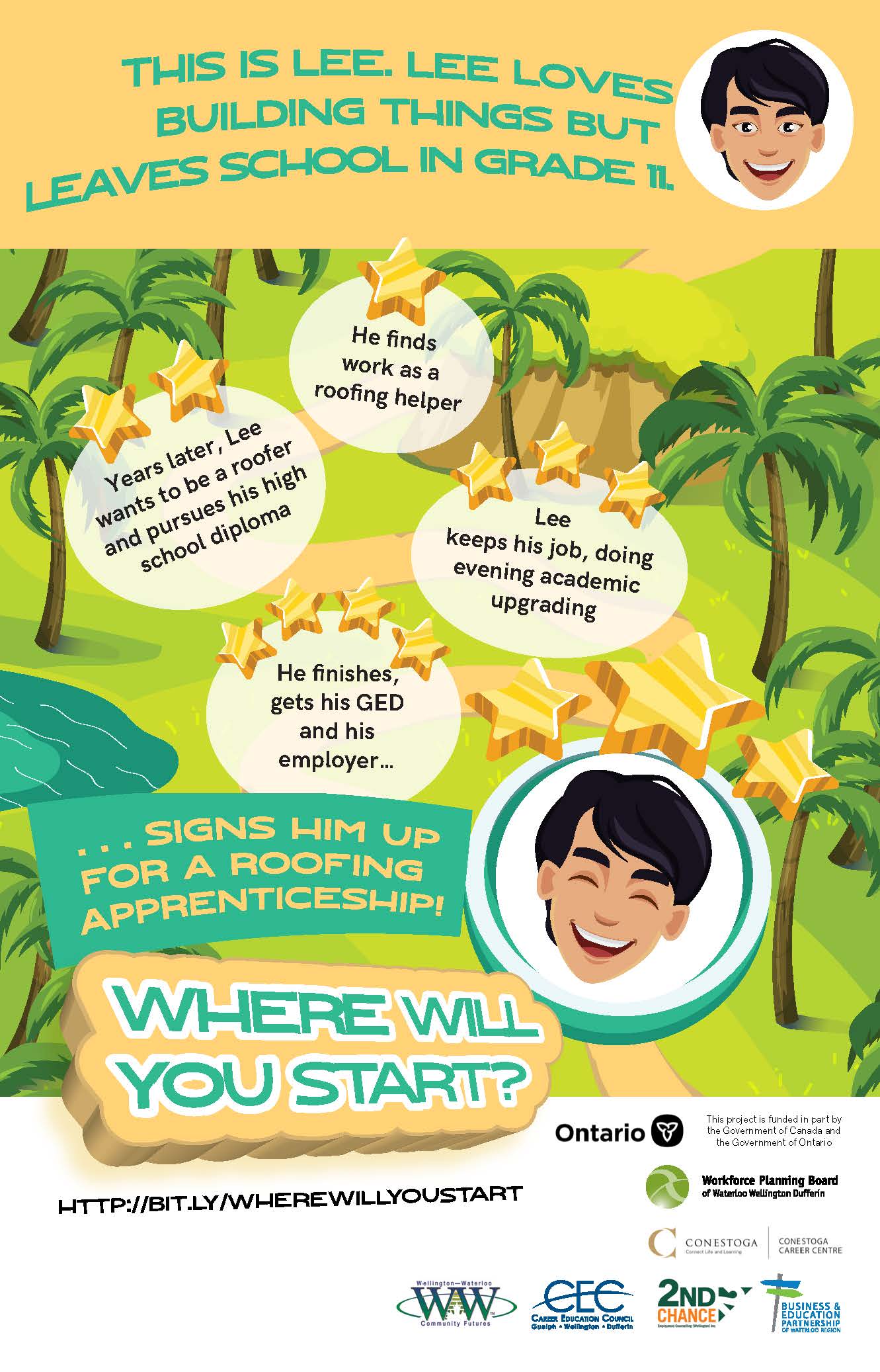 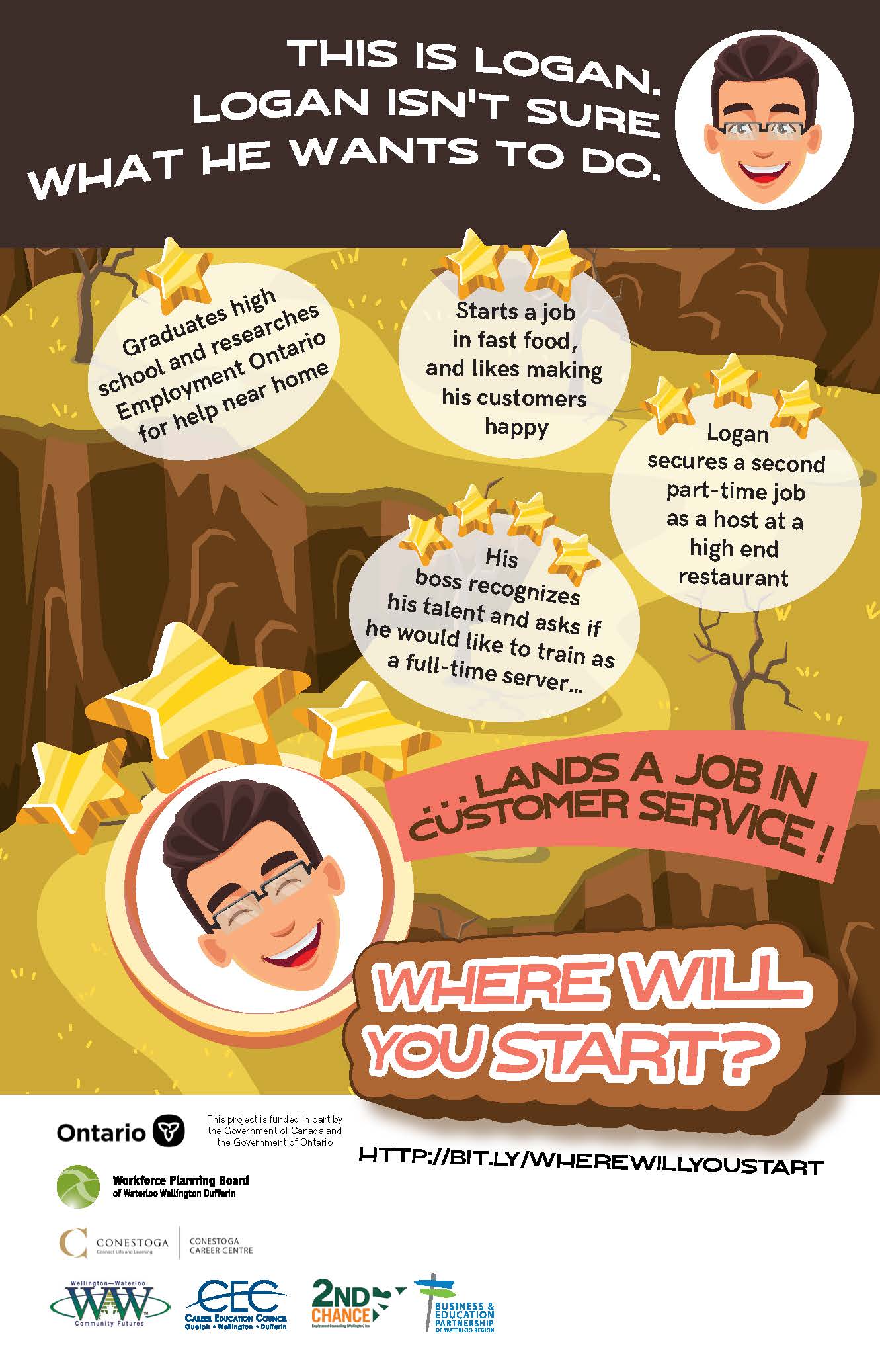